As an expert for secure identities and secure data, Bundesdruckerei Group supports players in the political arena with its know-how to help create the framework conditions needed for the secure digitalization of business and administration.

Digital identities, health services and administrative workflows, Big Data, disruptive business models: Digitalization and networking are transforming work and process flows across industries. This is leading to social change and economic challenges. The task of politics is to recognize these developments and to shape the framework conditions for them.

From the point of view of the Bundesdruckerei Group, reliable and secure management of identities and data as well as a robust IT security infrastructure are an important part of today’s canon of topics. The group has recognized expertise in these areas. That’s why the Bundesdruckerei Group sees it as one of its tasks to help politicians create the framework conditions needed for the secure digitalization of business and administration.

The political work of the Bundesdruckerei Group

In the age of digitalization, it is essential that identities be managed in a reliable and secure manner. At the same time, the more digital our society becomes, the more vulnerable it will be to cyberattacks. A robust IT security infrastructure is therefore indispensable when it comes to successfully digitalizing our administration and the German economy – and also to strengthening our position in international competition. Politicians have recognized this and drive the design of the legal framework for the secure digitalization of business and administration.

Digitalization means more than anything creating networks – and this also creates unwanted entry points for cyberattacks. Secure digital identities are a means of resisting such attacks. They are therefore essential for the digital sovereignty of Germany and Europe: A modern society should benefit from the advantages of digitalization, but self-determination must be safeguarded in the process.

The Bundesdruckerei Group specializes in secure identities and data and is contributing its expertise to political discourse, particularly in the following key areas:

Administration, health care and the economy have a high demand for digitalization. But, this digital transformation must first and foremost be secure.

Secure digitalization in the administration

Streamlined administrative services that are independent of time and place will make life easier for citizens and companies. Compared to the rest of Europe, however, Germany still lags far behind when it comes to digital public services.

Secure digitalization in the health system

From efficient digital management of patient data and digital prescription issuing right through to digital diagnostics and remote treatment: The potential that will result from the digitalization of the health care system is expected to be enormous. Almost all stakeholders in the health care sector are certain that the drive towards digitalization must focus on the patient. Patients must have control over their data.

The Bundesdruckerei Group is working here to achieve the highest data protection and data security standards for the benefit of the patient. This applies especially to the electronic patient record which is the key to the digitalization of the health care system. At the same time, neutral data trustees can play an important role, for instance, by pseudonymizing and processing data and thus making it available for research.

Secure digitalization in the economy

State-of-the-art IT systems, digitized processes and connected production facilities are important competitive factors for the economy today. At the same time, they are a constant target for cyberattacks and digital industrial espionage. Companies need to protect their data, systems and assets. Then, "Made in Germany" will be able to remain a quality feature in the future. Politicians stipulate the necessary security measures, for example, in the form of special laws and through standardization efforts.

We believe that these activities must be continued and adapted to current threats, especially with regard to the increasing number of attacks on critical infrastructures.

Digital sovereignty is about ensuring that people and companies have control over their data. Discussions are regarding both the issues of data protection and the technical aspects of data security.

For the Bundesdruckerei Group, digital sovereignty as well as data security and data protection are very closely related. The group believes that data security is a prerequisite for data protection. This is why the Bundesdruckerei Group supports the approaches of "Privacy by Design" and "Privacy by Default" which already anchor individual data sovereignty in product development.

Secure digital identities are the key to digital sovereignty in Germany and Europe. The European Commission aims to provide 80 percent of EU citizens with a digital identity by 2030, enabling cross-border use. The Bundesdruckerei Group supports this important goal at both European and national level.

Our IT world is changing continuously. That is why the Bundesdruckerei Group is committed to high standards in cyber security, providing its expertise as an advisor at both national and international level. Because politicians are currently working to create a higher level of IT security. One task is to design a functioning legal framework for the certification of trusted digital services, products and processes. In addition, Bundesdruckerei supports various endowed professorships, including one dedicated to cyber security. 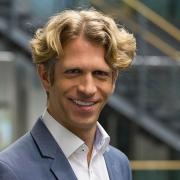 The Bundesdruckerei Group is involved in various regional, national and international committees.

To the content Committee work
For the sake of the environment